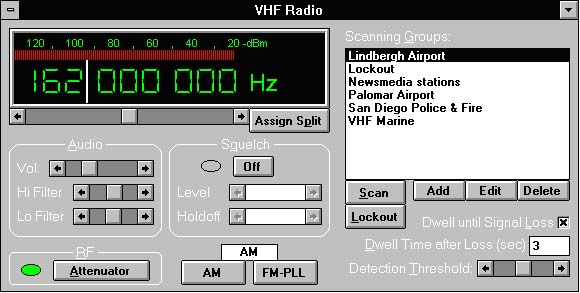 Ahead of its time, Softwave was a DSP-based HF/VHF receiver that ran on Microsoft Windows 3.1. With its “front panel” displayed on a user’s computer screen, this was truly a software-defined-radio (SDR).

When Softwave appeared in the marketplace in 1994, it was one of the very first software-defined radios. Technically speaking, it was not a true SDR because it had an RF/analog front-end. It utilized a 455 kHz IF which was bandpass sampled and subsequently processed using an Analog Devices 2105 DSP. The receiver had no hardware front panel; rather, all of the controls were hosted on a personal computer screen.

Softwave provided the user with a number of different radio personalities that had different capabilities and limitations.

The AM radio mode offered both nonsynchronous as well synchronous reception modes. The bass fidelity was exceptional for an AM radio at that time.

The communications radio was the most sophisticated personality in Softwave. It had all of the features offered in a high-end amateur radio of the era, but also had a real-time spectrum analyzer built in to the display. This radio was far ahead of its time in this regard alone. Traditional amplitude as well as synchronous AM detection were provided as well as LSB and USB modes. For FM, a cross-product mode was provided (mathematically the same as a noncoherent frequency discriminator) as well as a PLL-based demodulator. 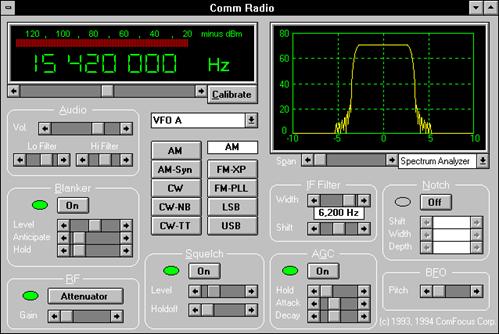 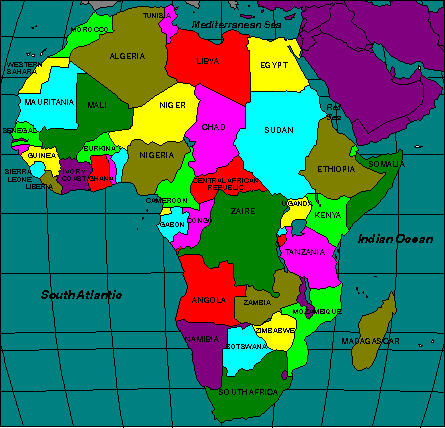 The Comm & VHF radio modes both had extensive database capabilities for logging station information. In the case of the Comm mode, the database was tied to a graphical representation of the entire world with accurate latitude and longitude capabilities also included. This was to be used in a later version of the product for minimum usable frequency / maximum usable frequency (LUF / MUF) propagation calculations.

Perhaps one of the most impressive aspects of this receiver was its ability to handle Morse Code (CW). A wide range of bandwidths from about 10 kHz down to a about 50 Hz were offered (48 different bandwidths). The CW-TT mode was ahead of its time also in that the signal processing used optimal methods to determine whether a CW carrier was present or not, and the receiver would output the pure tone of a gated digital oscillator whenever a CW carrier was present. This mode was referred to as “tone tagging.” This mode was exceptionally sensitive, and it gave the listener the feel of noise-free reception (no feeling like you were in a long tunnel at the very low bandwidth settings). This mode was a necessary predecessor for fully automatic Morse Code decoding.

The user could also engage an adjustable notch filter that appeared as an overlay in the spectrum analyzer display. Notch width, depth, and center frequency were all adjustable.

As true in several of the personality modes, a single mouse click would frequency-calibrate the receive frequency using WWV or any other known frequency (e.g., CHU-Canada) to within one Hertz or so for unprecedented frequency accuracy. 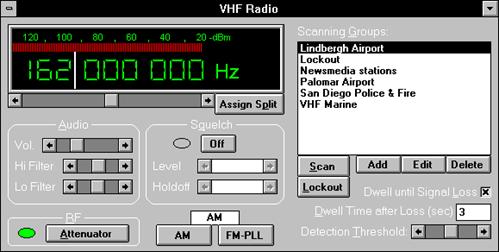 The VHF radio was purposely tailored to VHF reception. Completely arbitrary frequency scanning groups could be set up by the user as desired. The frequency synthesizer within Softwave was a fractional-N synthesizer, making it exceptionally fast compared to other HF/VHF radios of the day. As such, it could simultaneously monitor many more channels than any other comparable products available at that time. 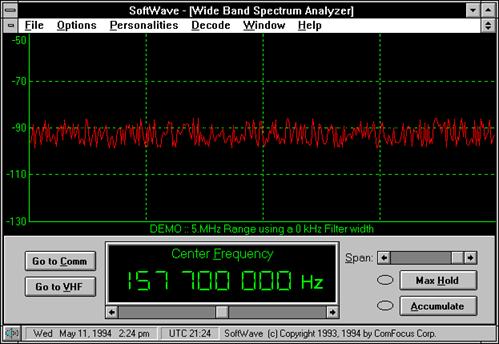 One of the most interesting modes in Softwave was its built-in real-time spectrum analyzer capability. The high-speed synthesizer combined with the digital signal processing made it possible to monitor large portions of any frequency band for activity. If a signal of interest were to pop up on the display, a simple mouse-click on the display would take the user directly to the VHF or Comm radio personality at precisely the right frequency.

A number of other modes were also available in the receiver as described in the user’s manual reference that is listed at the bottom of this page. Many of the features were novel for the day as alluded to earlier, but never patented.

The RF radio portion (item 2) was an HF/VHF receiver. For HF operation, it used a bank of half-band third-order lowpass filters in order to deliver outstanding mixer spurious performance. In VHF mode, a bank of three filters were used to cover from 108 MHz to 175 MHz. The first IF was 45 MHz in both cases whereas the second IF was 455 kHz. A crystal filter was used for the first IF filter whereas a ceramic filter was used for the second IF filter. A fractional-N (third-order MASH with 8-bit fraction) synthesizer was used for the main local oscillator. Smaller frequency steps were implemented using complex I,Q signal rotation in the baseband digital signal processing.

The analog signal output from the receiver was at 455 kHz. This signal was subsequently bandpass sampled using a single A-to-D converter that was resident on the DSP board. The sampling rate (44.39 kHz) was fixed in the DSP code and Hilbert transform techniques were used to derive precision in-phase and quadrature-phase signal pairs. A high-level block diagram of the digital signal processing is provided here and a block diagram of the DSP hardware is provided here.

All of the C++, Visual Basic, and DSP code is provided in a single ZIP file here. Without the Softwave hardware and suitable (old) software platforms, this code is of limited value, but is provided for the most curious readers nonetheless.

Although Softwave was a technical success, it fell prey to insufficient market traction due to a variety of issues. The product would have been better aimed at the military communications market, and although proposals of this nature were made through U.S. Air Force SBIR offerings, it was too little too late because of the long procurement cycles involved with government funding. One graphic from one of the proposals is shown below where the Softwave concept was extended to include cellular and SATCOM UHF bands.

Rate Decimation (for I & Q Channels)